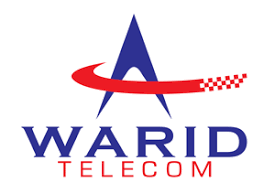 Warid is a GSM, HSPA+ and LTE  based mobile operator in Pakistan. Warid is the seventh mobile carrier to enter the Pakistani market. It commenced commercial operations in May 23, 2005. Warid is owned by Abu Dhabi Group, which is a business conglomerate in the Middle East and a major investor in Pakistan. It is the first venture of the group in the field of Telecommunication.

Warid is Pakistan’s fourth largest GSM mobile service provider and fifth largest mobile service in terms of subscriber base of over 12.9 million.[5] It has a market share of 9% among cellular operators.

On November 26, 2015 VimpelCom and Dhabi Group agreed to merge Mobilink and Warid into a single company.On January 6, 2017 the combined CEO of Mobilink and Warid announced the launch of new brand Jazz.[8][9]Mobilink ceased to exist on January 10, 2017 whereas Warid as a brand will continue for a year.

Pakistan Telecommunication Authority awarded two mobile telephony licenses to Telenor Pakistan and Space Telecom on April 24, 2004. The license for Space Telecom was cancelled after it missed a dead line to make a 50% down payment of the offered price. Thereafter PTA offered next highest bid winner company, Warid.

The license was bid and acquired through parent company of Warid, Abu Dhabi Group led by the then CEO Mr Bashir Tahir for US $291 million.

On May 23, 2005 Warid commercially started operating. Mr Hamid Farooq is appointed as the CEO of the company. Initially it covered 28 major cities of the country, which is so far the largest coverage in the first phase of roll-out by the first investment of US $150 million. Within 80 days, Warid secured 1 million customers with 7% market share.

In 2007, Singapore Telecommunications bought a 30-per cent stake in Warid for about $758 million. That stake purchase gave Warid an enterprise value of about $2.5 billion.

Warid’s first CEO Hamid Farooq resigned in November 2007. Mr. Marwan Zawaydeh joined the company as the second CEO. Warid further invested US $1 billion in network expansion by the end of 2009.

Warid got a new CEO Mr. Muneer Farooqi in October 2012.

SingTel sold back that stake in January 2013 for $150 million and a right to receive 7.5 per cent of the net proceeds from any future sale, public offering, or merger of Warid.