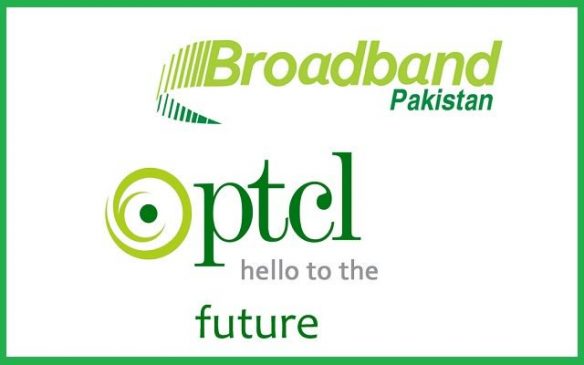 Pakistan Telecommunication Company Limited commonly known as PTCL, is the national telecommunication company in Pakistan. PTCL provides telephone and internet services nationwide and is the backbone for the country’s telecommunication infrastructure despite the arrival of a dozen othnages and operates around 2000 telephone exchanges across the country, providing the largest fixed-liner telecommunication corporations, including Telenor and China Mobile. The corporation mae network. Data and backbone services such as GSM, HSPA+, CDMA, LTE, broadband internet, IPTV, and wholesale are an increasing part of its business. Originally a state-owned corporation, the share holding of Ptcl was reduced to 62%, when 26% of shares and control were sold to Etisalat Telecommunications while the remaining 12% to the general public in 2006 under an intensified privatization program under Prime Minister Shaukat Aziz. However, the 62% of shares still remain under the management of government-ownership of state-owned corporations of Pakistan.

Pursuing a progressive policy, the Government in 1991, announced its plans to privatize PTCL, and in 1994 issued six million vouchers exchangeable into 600 million shares of the would-be PTCL in two separate placements. Each had a par value of Rs. 10 per share. These vouchers were converted into PTCL shares in mid-1996.

PTCL launched its mobile and data services subsidiaries in 2001 by the name of Ufone and PakNet respectively. None of the brands made it to the top slots in the respective competitions. Lately, however, Ufone had increased its market share in the cellular sector. The PakNet brand has effectively dissolved over the period of time. Recent DSL services launched by PTCL reflects this by the introduction of a new brand name and operation of the service being directly supervised by PTCL.

A shop of Pakistan Telecommunication Company Ltd (PTCL) in Islamabad

As telecommunication monopolies head towards an imminent end, services and infrastructure providers are set to face even bigger challenges. The post-monopoly era came with Pakistan’s Liberalization in Telecommunicationin January 2003. On the Government level, a comprehensive liberalization policy for telecoms sector is in the offering.

In 2005, Government of Pakistan decided to sell 26 percent of this company to some private corporation. There were three participants in the bidding process for privatization of PTCL. Etisalat, an Abu Dhabi company was able to get the shares with a large margin in the bid.[4] Government’s plan of privatizing the corporation were not welcomed in all circles; countrywide protests and strikes were held by PTCL workers. They disrupted phone lines of institutions like Punjab University Lahore along with public sector institutions were also blocked. Military had to take over the management of all the exchanges in the country. They arrested many workers and put them behind bars. The contention between Government and the employees ended with a 30% increase in the salaries of workers.